The library of Montserrat has its origins in the 11th century, in the desk of the monastery (Scriptorium), where books were received as a result of donations, and where later, the monks began to copy texts. However, it was not until the 14th and 15th centuries that the activity of the Scriptorium reached its peak. It should be noted that at this time, the monastery had numerous book exchanges with the Catalan royal family, and it was also the period when the Llibre Vermell de Montserrat (S. XIV-XV) was created, which owes its title to the color of the covers. and that it contains a collection of theological and devotional texts destined to the monks and secular presbyters in charge of the pastoral care of the pilgrims of Montserrat. The opening of a typographic workshop in Montserrat, promoted by the Abbot Garcia Jiménez de Cisneros in 1499, favored the diffusion of the spiritual and cultural life of the monastery and radically transformed the dynamics of the medieval desk. 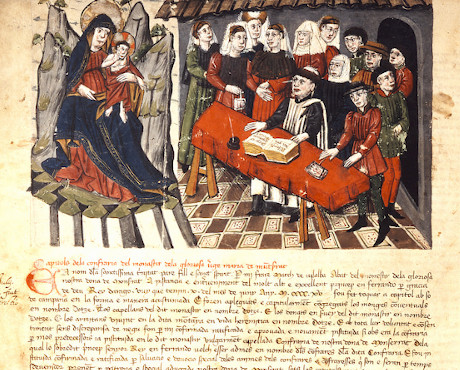 During the 17th and 18th centuries, the library grew and diversified its holdings, and was considered one of the most important libraries in Catalonia due to the number of volumes and the quality of the works it contained. Books on religious subjects (theology, Sacred Scripture, patristic, …) abounded, and although no catalog has been preserved, it is clear that it was consisting of at least 8,500 printed volumes, 158 incunabula and 322 manuscripts. The most tragic moment in the history of the library was during the Napoleonic Wars, when in 1811 the monastery was destroyed and most of the volumes were burned. 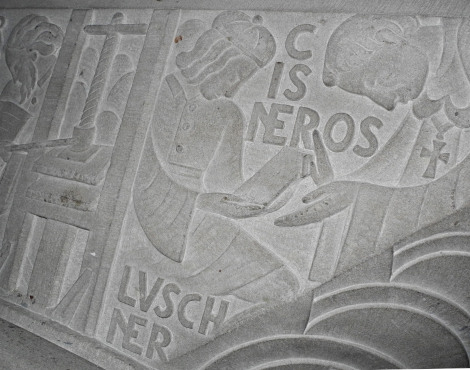 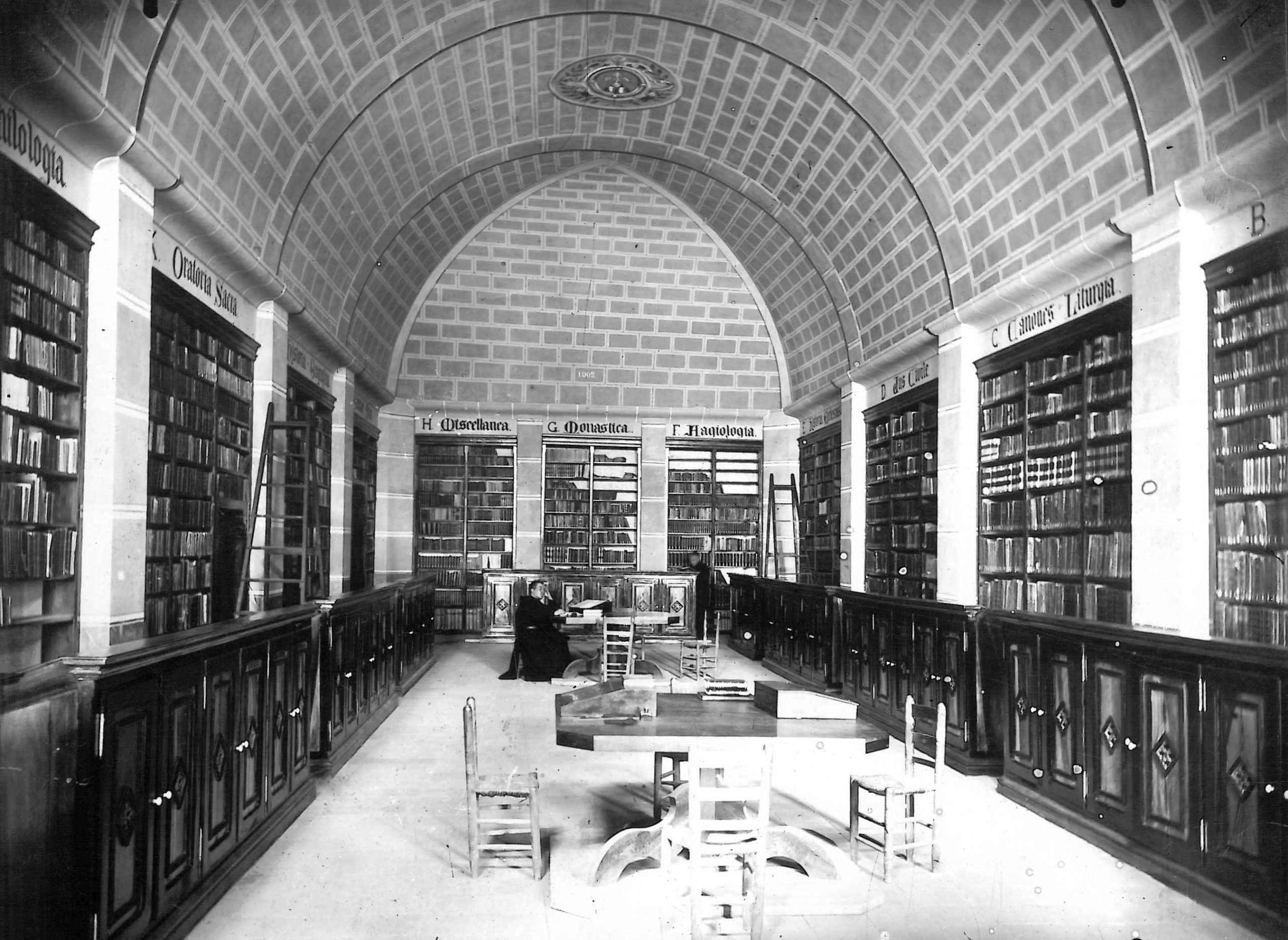 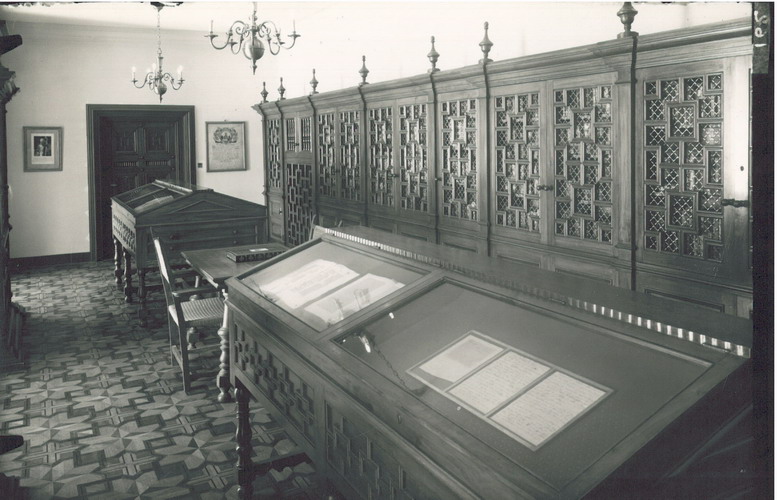 The current library began to be rebuilt in the late 19th century and had a very significant growth between 1913-1946, when Fr. Antoni M. Marcet was the abbot of the monastery. The library went from 15,000 volumes to 150,000. After the First World War, the main and best collections of the current library were bought: indispensable reference works in history, philosophy, theology and liturgy. These works allowed the monks to train and develop in the cultural activities and publishing companies of Montserrat, such as the preparation of the Bible in Catalan, the publication of magazines, the publication of musical works, or the development in history of the art and Biblical Orient, which can be seen today in the Museum of Montserrat.

This growth of the library was interrupted in 1936 with the Spanish Civil War first, and World War II later. From 1950 onwards,  the collection started to grow again and new journals appeared such as Serra d’Or, Studia Monastica i Qüestions de Vida Cristiana,, which, thanks to the review sections, encouraged the arrival of new books. The work of the last decades has been the acquisition of funds to update the library, completing works and collections and buying new titles of essential reference.

This rapid increase in the number of books in the library, forced to make profound changes in the old rooms and also to enable new spaces. In 1917 works began under the direction of the architect Josep Puig i Cadafalch, who provided the library with a large room for the most frequently used sections, another for storage and a third for the Scriptorium and reference books. However, with the rapid growth between the 1920s and 1930s, the library, once again, ran out of space and other expansions began to be considered. From the 1950s onwards, it grew again with the incorporation of the legacies of Cambó and Just Cabot.

In 1963, a room with movable bookcases was set up for the more than 500 constantly growing magazines. In the late 1960s, the space for books was expanded with the creation of a three-story room with a capacity of 12,000 linear meters available. 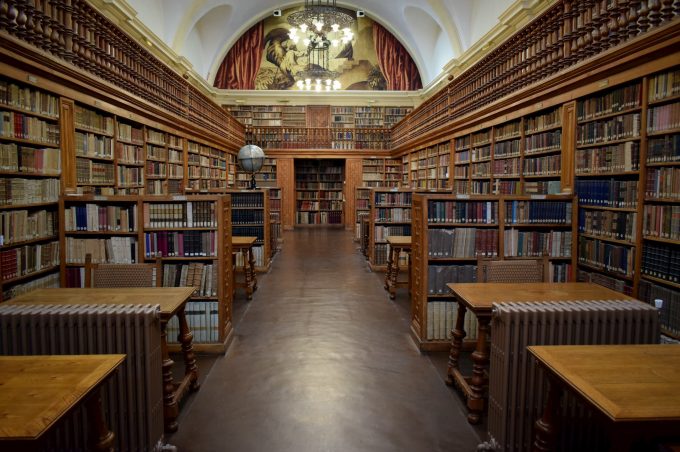 The last expansion of the library took place in 2016, adapting a new room as a book storage and another new space for magazine storage, increasing the total space of the library to 5,000 square meters, and 34,000 linear meters of shelves. 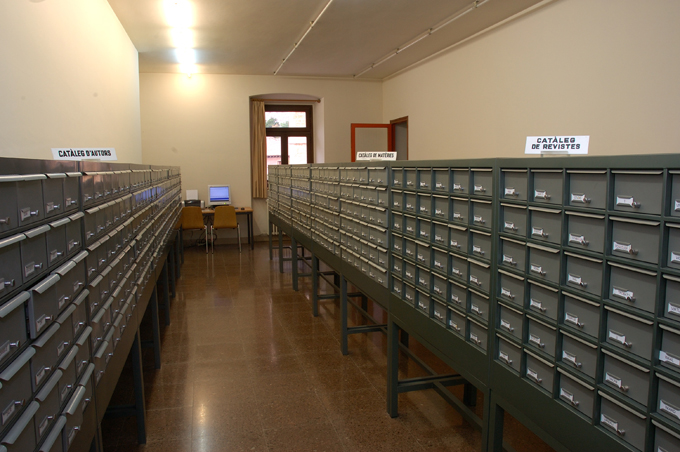