The manuscripts catalogues of the Library of Montserrat are digitized and you can check them clicking on the covers:

Some outstanding manuscripts in our collection, due to their uniqueness and importance are: 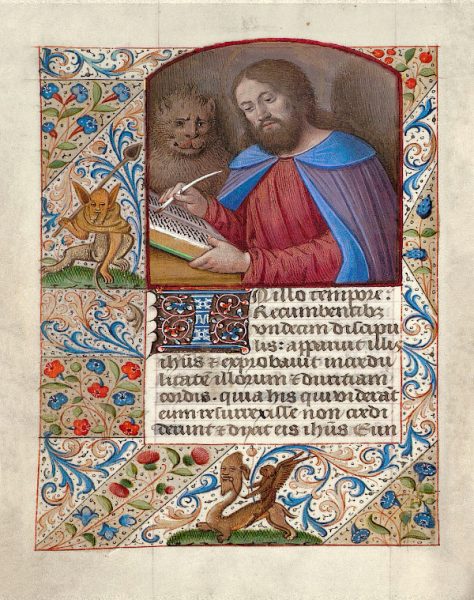 Latin manuscript of the 7th century written in uncial letter, which are some fragments of St. Jerome commenting on the Gospel according to St. Matthew.

Latin glossary on parchment from the 9th century in Central European Carolingian script.

One of the oldest texts in Catalan, from the end of the 12th century, is a Catalan version of the Visigothic Liber Iudiciorum in a parchment sheet.

13th century: Cronicó de Perpinyà, a miniaturized Latin Bible, the cartulary of the monastery of Corias  or a Benedictine breviary with a square notation should be highlighted.

14th and 15th centuries:: Llibre Vermell de Montserrat, of Montserrat, that was realized in the same Montserrat desk, with miscellaneous texts, that treat so much of the attention to the pilgrims, as of music, geography and others cultural and social aspects.

15th century: Llibre d’Hores, prior to 1498, illuminated with miniatures by Jean Bourdichon and also a Recull humanístic llatí i català, with a Latin version of Flores by Petrarca.In Catalan stands out El Cançoner del Marquès de Barberà, which contains Catalan and Spanish poetry and prose by well-known authors and others by anonymous people.

16th century it should be noted a series of musical codices, some of them illuminated by Alamire, from the Royal Chapel of Austria, Charles V and Philip II, or two other Llibres d’Horesone of them with delicate miniatures by Simon Bening and the other, the Liber Horarum Rothomagensis.

Among the modern Catalan authors we mention:

Poetics or literary crowns to the Virgin by Catalan writers and artists of the years 1881, on the occasion of the canonical coronation of the image and its patronage, and others of the years 1931, 1956 and 1981.
Collection of poet Josep Maria López Picó.
Poema de Montserrat, a manuscript by Josep M. de Sagarra.

About Spanish manuscripts it is necessary to emphasize:
Funds from of the Marquès de Monsalud.
Collections from Burgo d’Osma.
Funds from comte d’Aiamans with manuscripts related to Mallorca. 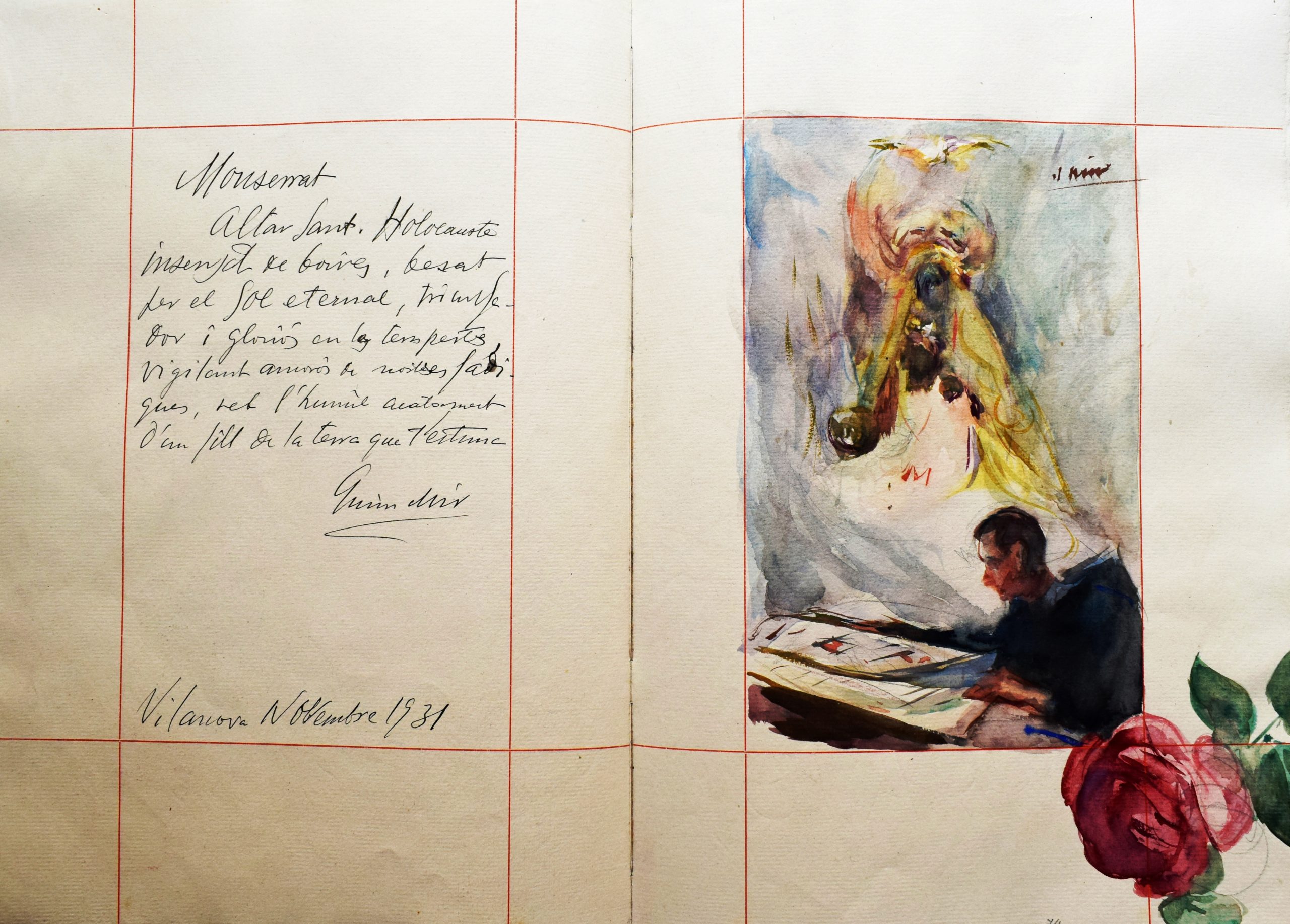 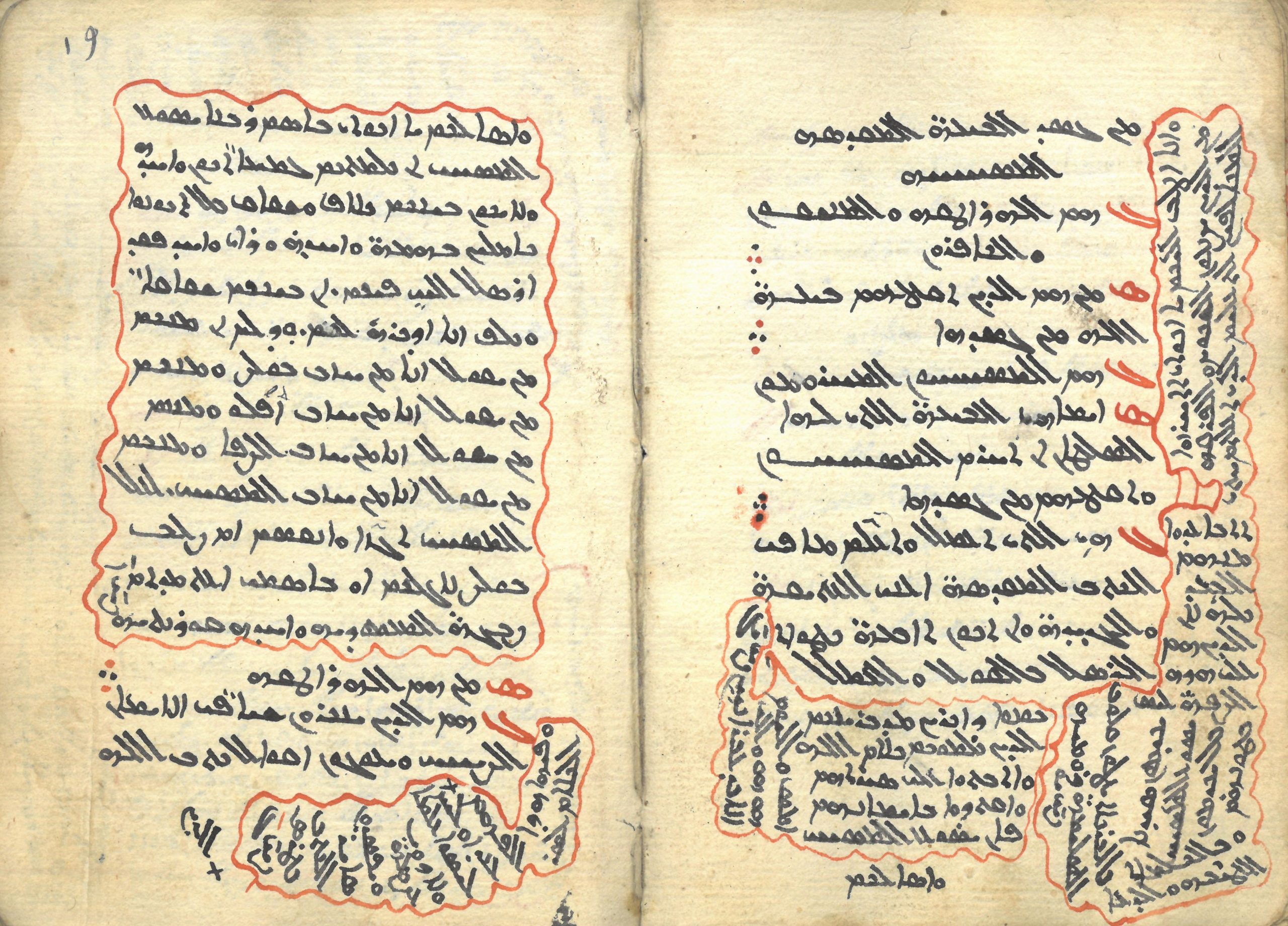 The Montserrat collection of Oriental manuscripts contains mainly Hebrew, Judeo-Aramaic, Arabic, Syriac, Mande manuscripts. This collection is also the result of the acquisitions of the orientalist Fr. Bonaventura Ubach, a good connoisseur of these languages and of the interest that these documents had in relation to the culture of the countries of the Bible. 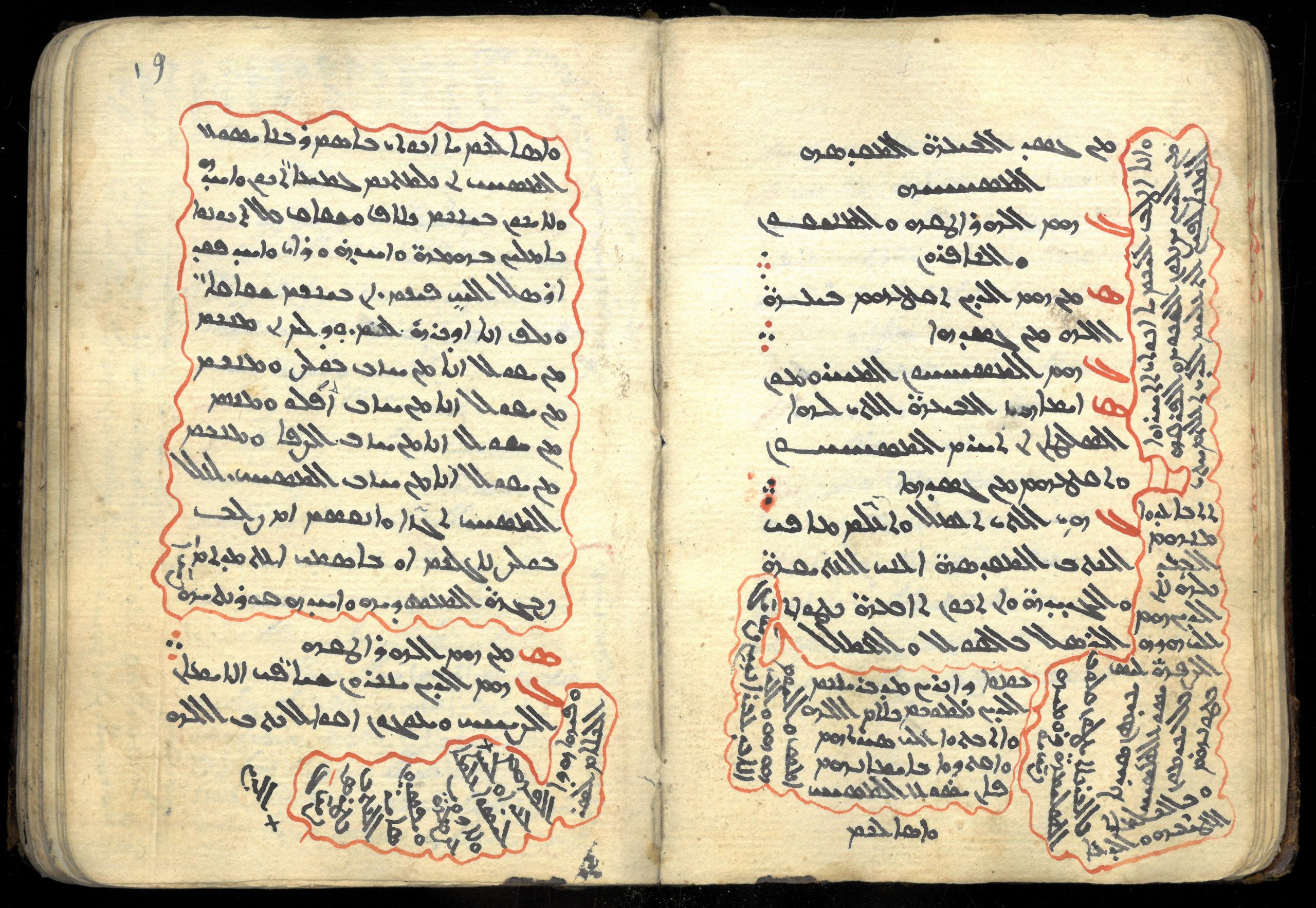